‘I saw Percy in action in 1976 at the WI vs SL match at CCC when I was schoolboy cricketer.’

Cricket in Sri Lanka would just not be the same without Percy. He is an institution. He was waving his flag well before I made my Test debut back in 1997 and he was still waving it when I retired from Test cricket 17 years later. While he may have irritated a few of our opponents over the years, we have always respected him greatly and have been very appreciative of such loyal and passionate support. Thank you Percy!

It's truly been an honour knowing you since I first came to Sri Lanka in 2008. Your vast knowledge of cricket is incredible. You're Sri Lankan crickets biggest supporter but you're also an avid cricket fan. You love the game and that's evident. There aren't many people who can sit from morning till the last ball is bowled in support of your team no matter the situation on the field. Your songs and one liners keep the crowd and players entertained, specially me! Your zest for life is inspiring. May you continue to be like this for decades to come. The entire Indian team loves you. 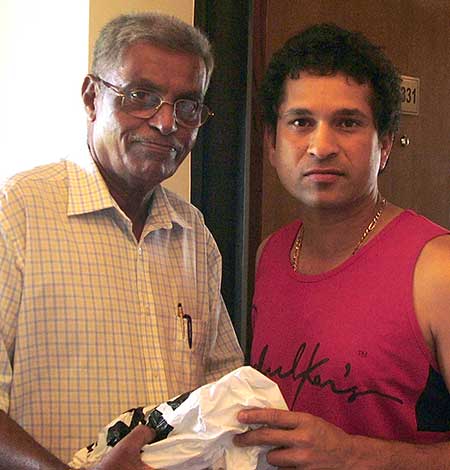 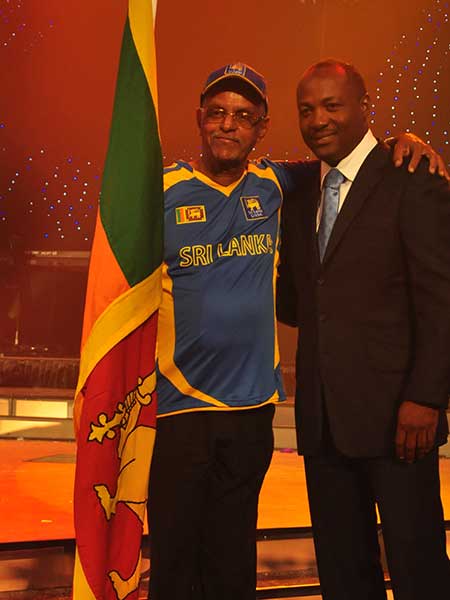 To Percy; When Sri Lanka are playing Percy is invariably in the stadium, proudly waving his enormous Sri Lanka flag in front of the TV cameras and always entertaining the crowd with his unique sense of humour. However, what many people won’t know is that his commitment to cricket, especially Sri Lankan cricket, which goes far deeper than the big international games. When we first told him about the Murali Harmony Cup, for example, a rural schools tournament in north, he simply asked how he could get to Kilinochchi, an 8-hour drive from Colombo. When we organised a Unity Tour to England he came up from Kent and struggled across London to make sure he was there for the boys. Percy loves Sri Lankan cricket… it’s as simple as that. It’s been a great privilege knowing him over the years and developing a friendship that I will always cherish.– C Austin

It is not whether you won or lost. But how much noise you made– Ian Smith, 1984

To Percy; Many thanks for your support, friendship and fairness– (Sir) Richard Hadlee, 1984

To Percy Papadon (because he always makes noise); Sri Lanka on the bottom, New Zealand on top, Percy on sideline, says "whack it in, pop!!" Regards!, you’re a beaut– Martin Crow

A great character and talker. Should stand for parliamentary elections. All the best!– Rameez Raja

To Percy; the voice of Sri Lanka. May you continue to ‘boom’ and ‘bloom’ with Sri Lanka cricket– Sunil Gavaskar

Dearest Uncle Percy; Thank you for giving all the support for Sri Lankan cricket and all the best!- Muttiah Muralitharan, 2002

Dear Percy; Drink arrack. Look after the tone in your voice. Your country needs it better than you do. Regards!– Ravi Shastry