On June 18, 1979 at Manchester, Sri Lanka created history by recording the first major upset in the cricket World Cup. On that day, as an Associate Member of the ICC, they beat India, a Test nation, by 47 runs at Old Trafford.

Percy was over the moon.
This is how ‘The Guardian’ carried its report on that match the next day.

"Percy Abeysekera, a factory foreman from Matutgama (sic), near Colombo and acknowledged to be the foremost cricket cheerleader in Sri Lanka, thoroughly enjoyed his visit to Old Trafford yesterday. On a Cardus occasion of golden sun, Percy cheered as never before as Sri Lanka, having qualified as a humble associate member, had their first win in the Prudential World Cup, beating India by 47 runs, which made the experience all the sweeter...While Sri Lanka's tour captain Anura Tennekoon expressed his delight with the result."

"This is the first time we have got the better of a side in England, the home of cricket and it may help us gain some recognition.”

The home of cricket and it may help us to gain some recognition. Percy and five compatriots, carrying their national flag of red, blue and gold did a lap of honour and sang adaptations of ‘Glory Glory Hallelujah’ and ‘She'll Be Coming Round the Mountain’. But ‘The Guardian’ journalist had not noticed Percy and his allies shouting at India's Bishan Singh Bedi from behind the lines, "Hey! There is a dog behind you." That was when Bedi had attempted a high catch from Duleep Mendis near the boundary. An excited Bedi had grassed the catch and Mendis went on to score 64, which included three sixes and later was named the Man of the Match. 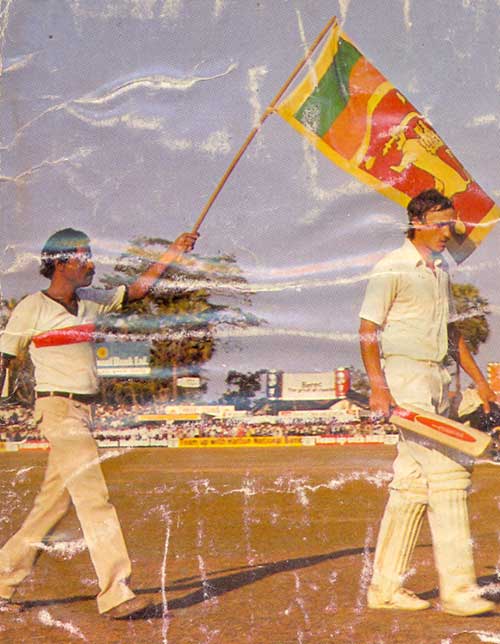 Since the very early days, Percy mixed his job of cheerleading with the traditional English manners and the shrewd, rude and rustic Sri Lankan styles. Since 1983, Percy has been carrying his about-an-inch-high, small autograph book which contains comments and signatures of various international cricketers. 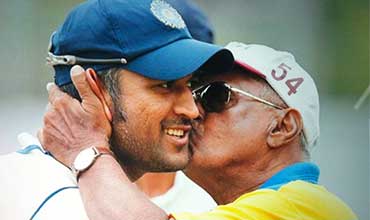 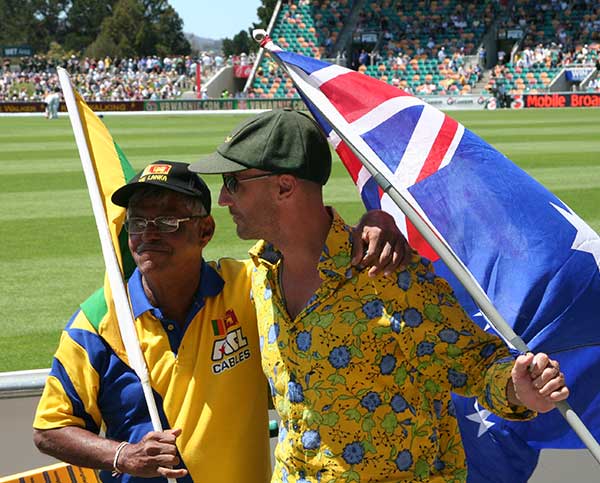 In that book, Sir Richard Hadlee has written on March 29, 1984, in Colombo the following:
'To Percy.
Many thanks for your support, friendship and fairness.
Good luck.
Richard Hadlee'

Former South African cricketer Brett Schultz has written the following in the same book:
'Dear Percy You are a great supporter, but not for us. Keep it up and support your team.
Brett Schultz'

This is another example:
'Next time we're in Kandy,
We will share a shandy,
But please Mr. Percy,
Tell Murali to show us some mercy!'
Farewell, old adversary."
Andy Flower’ (12-1-2002)

'Dear Percy Drink arrack. Look after your tone in your voice. Your country needs it more than you do.
Ravi Shastri'’

This was perhaps the turning point in Percy’s cheerleading career which brought him right into the spotlight of Sri Lanka cricket. The incident mirrors arrogance, astuteness and the eerie part of his cheerleading, which the most nationalistic locals would love to admire, yet all foreigners would be quick to denounce.

Percy had been present at almost every single cricket match of National significance since the early 1950s. But in the early 1970s, at the Oval, this incident occurred.
Asitha Jayaweera, leading SL Under-19 against a touring Australian Under-19, was staging a fine match-saving knock in a three-dayer at the Oval. The Aussies by that time had earned the wrath of the cricket lovers here for sledging, calling the local players ‘short f…s’ and ‘black b….s.’
Percy, determined to teach a lesson to the unsavoury Aussies, made it to the middle to congratulate Jayaweera after he reached his fifty, and by doing so, intended to delay proceedings to help the hosts salvage a draw.

Unperturbed by a Police warning, maybe to enact the first-ever pitch invasion recorded at an international cricket match in Colombo, Percy played the fool in the middle for some minutes and then was caught by the Police and eventually ended in a cell at the Borella Police station, alongside notorious drug peddlers.
He was bailed out by none other than the legendary Mahadevan Sathasivam. Percy was out of the Police station by eleven in the evening and he was accorded a heroes welcome. Nearly a thousand had flocked to hail Percy outside the Police station for delaying the match, which the Lankan youths had eventually managed to draw with three wickets remaining.